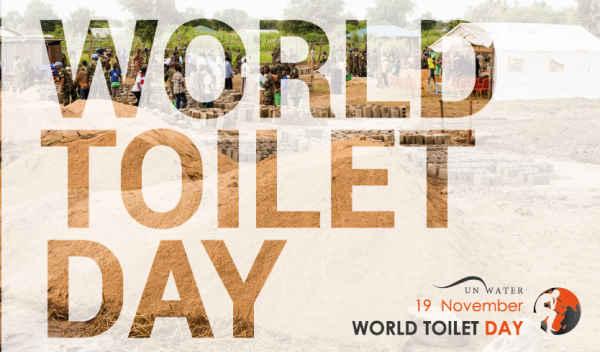 World Toilet Day is THE day for action. It is the day to raise awareness about all the people who do not have access to a toilet, and the urgent need to end the sanitation crisis. And it is the day to stand up (or sit down or squat if you prefer) to do something about it.

World Toilet Organization was founded on 19 November 2001 and the inaugural World Toilet Summit was held on the same day, the first global summit of its kind. We recognised the need for an international day to draw global attention to the sanitation crisis – and so we established World Toilet Day. NGOs, the private sector, civil society organisations and the international community joined in to mark the global day.

In 2013, a joint initiative between the Government of Singapore and World Toilet Organization led to Singapore’s first UN resolution, entitled “Sanitation for All”, calling for collective action to address the global sanitation crisis through the commemoration of World Toilet Day. The resolution was co-sponsored and adopted by 122 countries at the 67th session of the UN General Assembly in New York. On July 24, 2013, World Toilet Day on 19 November became an official UN day.

Each year UN World Toilet Day calls on the global community to do more to address the sanitation crisis. The theme for 2016 is “Toilets and Jobs.”

World Toilet Day is THE day for action. It is the day to raise awareness about all the people who do not have access to a toilet, and the urgent need to end the sanitation crisis. And it is the day to stand up (or sit down or squat if you prefer) to do something about it.

Why Do We Need A Day For Toilets?

The ‘silent’ sanitation crisis is a ticking time bomb which affects billions of people around the world.

When World Toilet Organization was founded in 2001, the subject of sanitation received little media attention and it was severely neglected on the global development agenda.  Sanitation has become more of a priority for world leaders in the 14 years since World Toilet Organization was founded, however the current level of prioritization is still far from what is needed, given the scale and impact of the sanitation crisis. It’s time for toilets to be treated as an urgent global priority.

We can’t wait while a lack of access to sanitation affects health, education, gender equality, nutrition, the environment and the economy! And in the words of our founder Jack Sim, “What we don’t discuss, we can’t improve.” We need to continue to address the taboo nature of toilets and shine a spotlight on sanitation each World Toilet Day.

It’s urgent because: 1 in 3 people on this planet still don’t have access to a clean and safe toilet; 1,000 children die each day due to poor sanitation; and better sanitation supports better nutrition and improved health, especially for women and children.

How To Raise A Stink For UN World Toilet Day

Sustainable sanitation is a matter of dignity, equality, and safety, and is crucial to improving the health and wellbeing of one-third of humanity. So what can you do to help raise a stink this World Toilet Day? Join the global ‘movement’ and be a part of the change.

This website uses cookies to improve your experience while you navigate through the website. Out of these, the cookies that are categorized as necessary are stored on your browser as they are essential for the working of basic functionalities of the website. We also use third-party cookies that help us analyze and understand how you use this website. These cookies will be stored in your browser only with your consent. You also have the option to opt-out of these cookies. But opting out of some of these cookies may affect your browsing experience.
Necessary Always Enabled
Necessary cookies are absolutely essential for the website to function properly. This category only includes cookies that ensures basic functionalities and security features of the website. These cookies do not store any personal information.
Non-necessary
Any cookies that may not be particularly necessary for the website to function and is used specifically to collect user personal data via analytics, ads, other embedded contents are termed as non-necessary cookies. It is mandatory to procure user consent prior to running these cookies on your website.
SAVE & ACCEPT