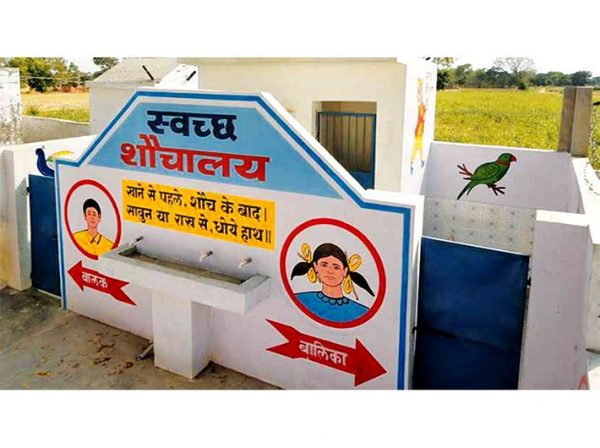 GO TO RESOURCE
LEARN MORE ABOUT THE DEVELOPER

India’s Ministry of Drinking Water and Sanitation has deployed a comprehensive and robust online monitoring system for the Swachh Bharat Mission, a country-wide initiative to end open defecation by installing public and private toilets. Household level data with respect to sanitation facilities of all Gram Panchayats in the country is made available on the MIS by State Governments on the basis of Baseline Survey of 2012-13. The main focus of MIS is to track the toilet construction and its usage. The MIS is also being upgraded to enable reporting of creation of ODF communities and their sustenance as well. The system enables the Centre, State, District, Block and Gram Panchayat to monitor the progress of construction of toilets for Individual household and community sanitary complexes.

The SBM MIS captures the household data of over 18 crore households as per the baseline survey. An individual mobile number is used to generate an SMS text once the construction of toilet is reported on online system. The beneficiary can reply via SMS text  on whether toilet has been constructed in his/her house. The SBM dashboard has also been developed to monitor the programme implementation at National, State and District level progress/coverage in graphical view with various KPIs for tracking IHHL and ODF status. This also shows the progress of the program on the interactive maps since its launch.

A mobile application (SwachhApp) has been developed for tracking the current sanitation status up to village level along with details of beneficiaries. Mobile App is used for tracking real time sanitation coverage in percentage, number of open defecation free villages, and list of beneficiaries in each village. This App is also being used to rate the village based on cleanliness and SLWM index developed by the Ministry of Drinking Water and Sanitation. This mobile app is capable of running on all the mobiles (Android / Windows / iOS based devices). SMS and email automation is also used to generate daily basis SMS alerts and sent to Ministry officials for monitoring of daily MPR reported individual household’s data along with number of IHHL toilet photographs uploaded of IHHL toilet constructed through mSBM app. The system facilitates the uploading of photographs of toilets using mobile application (both online and offline mode along with latitude – longitude & usage of toilets). So far more than 60 lakhs photographs of toilets constructed have been uploaded by mobile users using mobile applications. SMS based grievance redressal and citizen information services are available for citizens to lodge grievances, seek beneficiary feedback, capture data on toilet usage, and promote demand generation.

This website uses cookies to improve your experience while you navigate through the website. Out of these, the cookies that are categorized as necessary are stored on your browser as they are essential for the working of basic functionalities of the website. We also use third-party cookies that help us analyze and understand how you use this website. These cookies will be stored in your browser only with your consent. You also have the option to opt-out of these cookies. But opting out of some of these cookies may affect your browsing experience.
Necessary Always Enabled
Necessary cookies are absolutely essential for the website to function properly. This category only includes cookies that ensures basic functionalities and security features of the website. These cookies do not store any personal information.
Non-necessary
Any cookies that may not be particularly necessary for the website to function and is used specifically to collect user personal data via analytics, ads, other embedded contents are termed as non-necessary cookies. It is mandatory to procure user consent prior to running these cookies on your website.
SAVE & ACCEPT